It's not too late to book!

Do you have an Imperial painting in your home?

The topic came up for me again today when I was working on a report for a client, and I see she has the Emperor and Empress scrolls hanging in her bedroom above the bed.

I saw that the Emperor is hanging to the left (when facing) and the Empress is to the right: 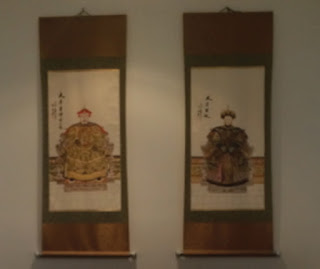 The question is: Which side is the correct side for either male or female?

I searched several images online; I chose those being sold at art auctions or claiming to be 'ancient.' All suggest the emperor/male should be on the right: 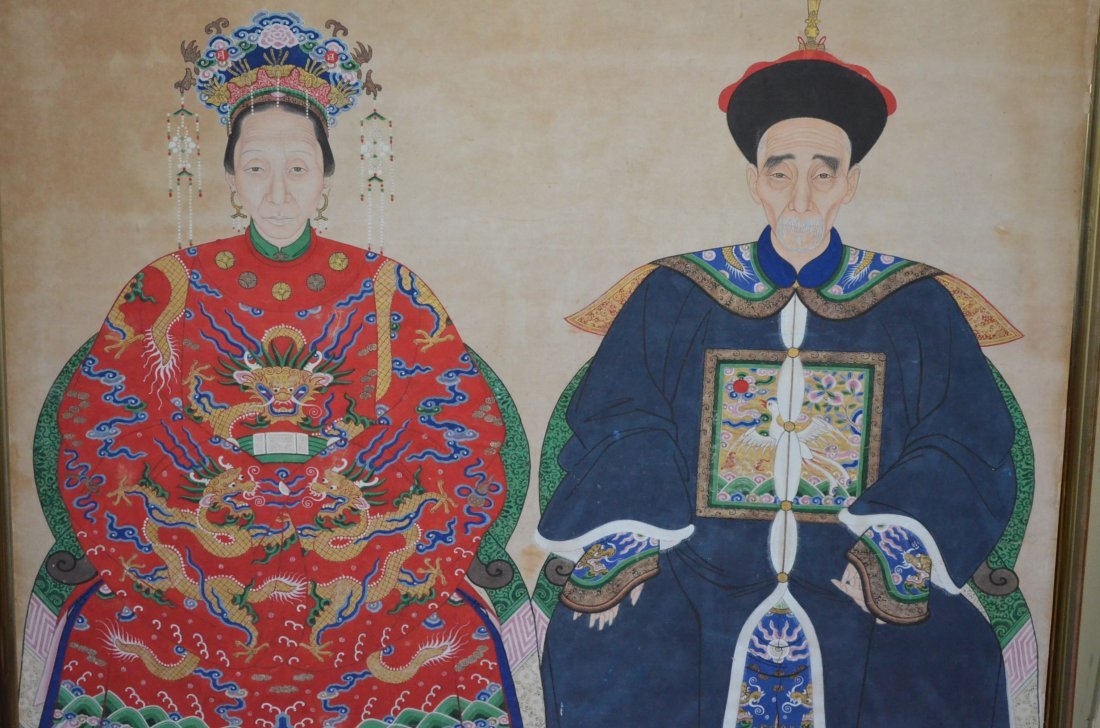 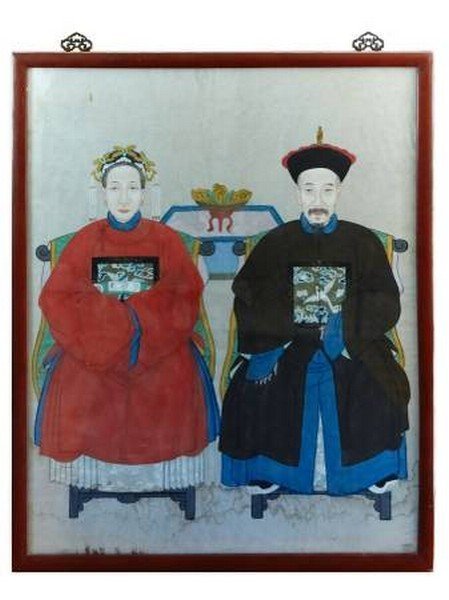 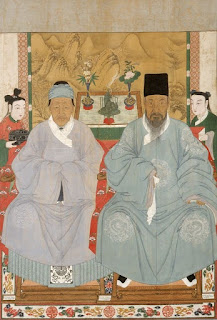 It was not only the emperor, but also common folk were depicted the same, man on the right.

Why do you think that is?

The idea harkens back to the concept of yin and yang, the four celestial animals, and the ancient ritual placement of ancestral tablets.

The yin/yang symbol (taiji) is not really a flat symbol, but a sphere. Below is the correct 2D diagram because it shows yang rising in the east (L side of image) and yin rising - or growing/increasing - in the west (R side of image) - which also relates to the sunrise and sunset:

Referring to yin/yang above and also in accordance with the four animals principle, south is the most yang direction, which for the yin/yang image is at the top (ie Utmost Yang).

From the viewpoint of the taiji, if it were laid horizontally, the top (south) is the front and the bottom (north) is the back, left is yang and right is yin.

East/left/yang in the Bagua is also the location of the trigram Zhen, which means 'eldest son':

We see the same reference in the four animals diagram, but usually this is drawn 'upside down' compared to the taiji above, the dragon (yang) is on the right and the tiger (yin) is on the left: 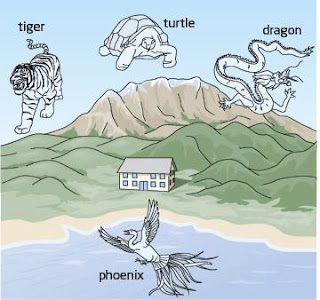 If we turn this image upside down it will be the same as the taiji: 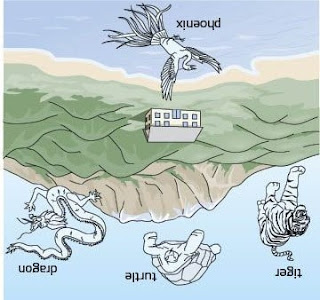 If we stand in the phoenix location and look towards the turtle, to our right is the dragon, correct? yes! Dragon is yang/male. Tiger is yin/female.

Next, Double Happiness, a common Chinese symbol for marital harmony, is represented by the dragon (male) and phoenix (female): 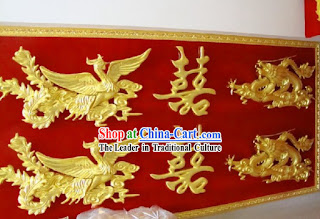 Then there are the multi-generational images: The image on the right above are men (on the right) and their wives in a multi-generational depiction.

The image to the left above is a number of generations of sons. The first ten generations are portraits and below are individually named tablets for the next generation.The eldest son is depicted to the right hand side in the penultimate row (below the eldest ancestral father). His two younger brothers are on the left hand side in the same row below their father.

If a man had more than one wife, both were shown (second row down). I wonder whether the senior taitai/first wife is on the right? Probably...: Again in my wanderings I found a wonderful ebook about life in the Forbidden City at the turn of last century, "The Emperor walked on Her Majesty's right and the Young Empress on the left, as did also the Court ladies...When Her Majesty came down from the chair she went into the Hall and mounted her throne just behind this table, and His Majesty mounted a smaller one at her left side..."

Two Years in the Forbidden Cityby the Princess Der Ling


The story is about life in the service of Empress Dowager Cixi, the dominant female ruler of the Qing Dynasty. In this passage her son, the Emperor, walks to her right and daughter the Empress to her left. As they approach the throne, all three will walk straight ahead to take their positions. Upon being seated, Her Majesty is in the middle, her son is to her left and her daughter is to her right.
From the observer's point of view, Her Majesty is in te centre, the Emperor is on the right and the Empress is on the left.
Another example of the yin/yang placement is that of the Ancestral Hall and the ancestral tablets in the ancestral altar. The Ancestral Hall is a most sacred place in any village, many of these in the smaller villages were lost during the Cultural Revolution and many more are being (or have been) restored.
They show the record of the lineage of the village. I do not know whether in relation to the main altar (as above) if the oldest male lineageholders are place to the right.
For the smaller family altar, the oldest son is placed to the right. I checked this with several Chinese friends, one in particular sent me this diagram for her local village custom, where the sons are all placed on the right: 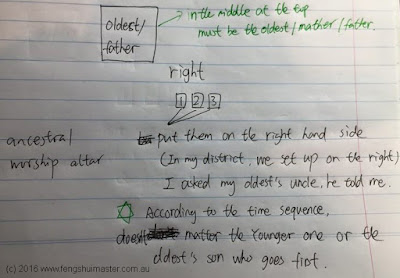 In my quest regarding altars, I checked with wikipedia, but it didn't give me an answer, it says, "The ancestral tablets are typically arranged by seniority of the ancestors." but how the arrangement is made, it doesn't say.

Finally, the definitive answer comes with the placement of temple lions. Did you know that the male should also be placed on the right?


In these days of political correctness and cultural diversity, it is good to know some of the proclivities that existed in the old days and to be able to maintain a sense of continuity into the present for our clients.

I hope this article helps you in any event that you need to discuss placement of scrolls, altars, temple lions and the like.

Well, as they say, study is a wandering path! If you have anything to add about my musings, I'd love to hear from you.

Your Opportunity to 'Chase the Dragon' in China